Odessa - the city on the coast of the Black Sea, in Ukraine.

Excursions and tours in Odessa and Ukraine.

Odessa – the main Ukrainian port, and even on its flag and the coat of arms is represented an anchor. Odessa is located on the bank of the Black Sea gulf, beaches and sights, festivals and exhibitions, annually become the center of gravity for thousands of travelers. For everyone, the season in Odessa begins in due time, after all everything depends on the purpose of arrival and holiday preferences of the vacationer. Huge number of architectural, historical and cultural sights allowed UNESCO to note the city in the preliminary lists of world heritage. To see the well-known Odessa boulevards, the Potemkinsky ladder and the building of opera theater is a program a minimum of a sightseeing tour around the city, to make which most pleasant in the spring or in the fall. At this time air temperature keeps around +20 degrees that allows to walk long on the Odessa streets, to stop in its numerous cozy cafes to drink a coffee cup, to have a dinner on Primorsk the boulevard in one of local restaurants. Days in April-May and September-October stand mainly solar, and rains happen infrequent and short. Popular time for tourists in Odessa is a summer. Moderately continental local climate and proximity of the sea help local winter to be short and soft, and to the rests of the time of year – warm and long. The very first vacationers appear on the Odessa beaches at the beginning of June when air gets warm to stable +25 degrees, and water – to +20. The sea near Odessa doesn't happen even in the middle of summer too warm, and the maximum of its temperature can be noted around +25 degrees. The fresh and cool sea wave refreshes and helps to transfer easier the hottest hours on a beach when even in a shadow thermometers show about +30.

Posted by visit2odessa at 8:01 AM No comments:

Near the beach in Odessa, Villa le Premier is close to Arcadia Beach for Luxury Vacation.. This real estate in Odessa is in one of the most picturesque and prestigious districts of the city away from city noise and direct proximity to the sea (50 m). Thanks to a convenient traffic intersection you will appear in the downtown in only some minutes, and within 10 minutes of a foot walk you will get to the well-known region of Arkadia.

Villa has a sauna and a seasonal outdoor pool. Wireless Internet access is complimentary in public areas. This Luxury villa business amenities including a meeting room and limo/town car service. Dining options at this luxury hotel include a restaurantand a poolside bar. A complimentary breakfast is served each morning. The staff can provide concierge services, tour/ticket assistance, and wedding services. Additional amenities at this Mediterranean hotel include a terrace, multilingual staff, and barbecue grills. For a surcharge, guests receive transportation including a roundtrip airport shuttle (available 24 hours), a theme park shuttle, and a train station pick-up service. The property has designated areas for smoking.
Posted by visit2odessa at 7:07 AM No comments: 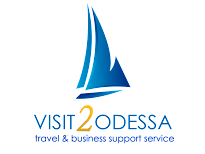